Actor/critic Kamal R Khan is in trouble. He was arrested from Mumbai airport for his controversial tweet. After this he was also arrested for molesting a woman. Although he has got bail in the woman molestation case, he will remain in jail as he has not got bail on the controversial tweet. Now Kamal Khan’s son has tweeted and asked for an item from Devendra Fadnavis. If reports are to be believed, KRK has got bail in both the cases and may come out of jail soon. Kamaal R Khan’s Twitter account tweeted, “I am KRK’s son Faisal Kamal Khan. Some people are harassing me to kill my father in Mumbai. I am 23 years old and living in London. I don’t know how to help my father. I request Abhishek Bachchan, Ritesh Deshmukh and Devendra Fadnavis ji to save my father’s life. Me and my sister would die without him.”

Appeal to the people – help save my father’s life
Along with this, Kamal Khan’s son Faisal has written that I also request the public to support my father to save his life. We don’t want him to die like Sushant Singh Rajput. Please tell that KRK is currently in jail while his family is in London.

KRK was arrested on August 30 from the Mumbai airport in connection with an FIR lodged in connection with old controversial tweets. After which the Borivali Magistrate Court sent KRK to judicial custody. After this, he was accused by a 27-year-old woman that KRK had invited him to the bungalow on the pretext of getting him work in films. KRK was arrested on the complaint.

Kamal R Khan remains in a lot of controversies for his comments on Bollywood actors and actresses. KRK keeps commenting on politics too. According to the information, Kamal R Khan has been living in Dubai for a long time but when he reached Mumbai for some work, the police arrested him and now two cases are going on against him. He has got bail in the woman molestation case but he is still in judicial custody in the controversial tweet case. According to the news, he has also got bail in the controversial tweet case.

iPhone 14: Steve Jobs' daughter made fun of Apple by sharing a meme 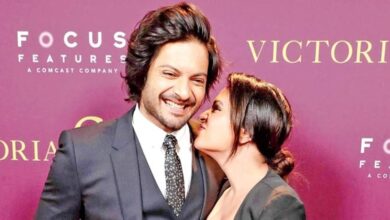